If you're reading this, it's likely that you've taken the same path as many others and are now considering an Omega Speedmaster Moonwatch. And you should, because it's a fantastic watch with unrivaled heritage and surprisingly good value. But there's a stumbling block, and it's one that will stare you down every day you wear your Moonwatch. And the question is whether you should get one with a Hesalite crystal or one with a sapphire crystal.

The fragile innards of a watch need a crystal for one reason only: to protect them from harm. Different watches are built to withstand different types of damage, from everyday dust and moisture to impact and water pressure from professional use, and the design of the crystal must reflect that. The dial that lies beneath the crystal, however, distinguishes it from the rest of the watch's case, dictating a special requirement that makes it unlike any other component in watchmaking: transparency.

The apparent material of choice for the very first watches, pocket watches, was glass. It's been used in windows since Roman times, and in jewelry for nearly four millennia. It can be formed into precise shapes, it's hard, it's easy to produce—and, of course, it's transparent. It does, however, have one major flaw: fragility. 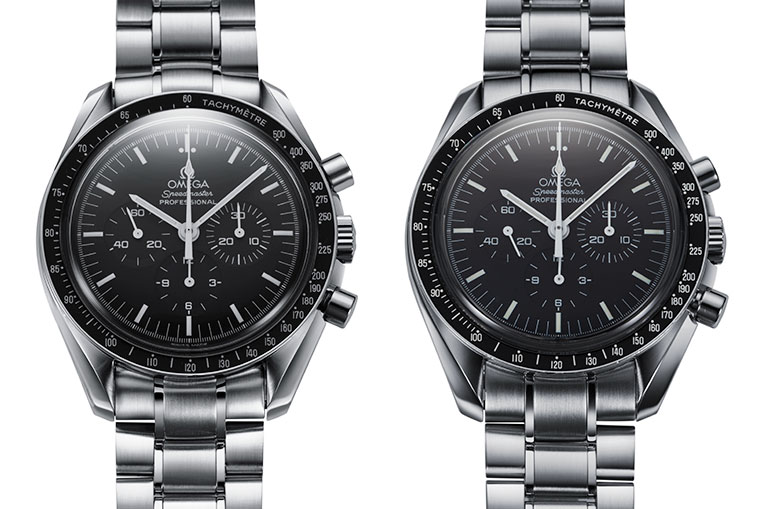 For a pocket watch, this is adequate. It's kept safe in a pocket, usually hidden behind a metal cover. But what about a wristwatch, which is swung, knocked, and scuffed as it sits proud and exposed on the wrist? Glass was not going to make it through the week. Because tough tempered glass was not yet available, wristwatch manufacturers had to turn to acrylic, or polymethyl methacrylate.

When used as a watch crystal, acrylic, the flexible plastic behind everything from hard contact lenses to paints, has a significant advantage over glass: toughness. Acrylic, while not as hard as glass and thus less scratch resistant, gives twice the resistance to fracturing and can be polished to remove any light marks. Its proclivity to crack rather than shatter on failure is also advantageous, as it preserves the watch's structure and thus reduces overall damage. It's for this reason that it's used in submarine windows. Plexiglass, Perspex, and, of course, Hesalite are just a few of the trademarks for acrylic.

When the Speedmaster was chosen as the official watch of the Apollo program, NASA chose acrylic for the Speedmaster's crystal because of its hardness. Omega offered to replace the Hesalite with a newer, harder material—sapphire crystal—but NASA determined that the failure characteristics of acrylic were favorable to sapphire's propensity to shatter like glass. The decision to stick with the tried and true Hesalite came as a result of a thousand small shards of very sharp sapphire floating in zero gravity. 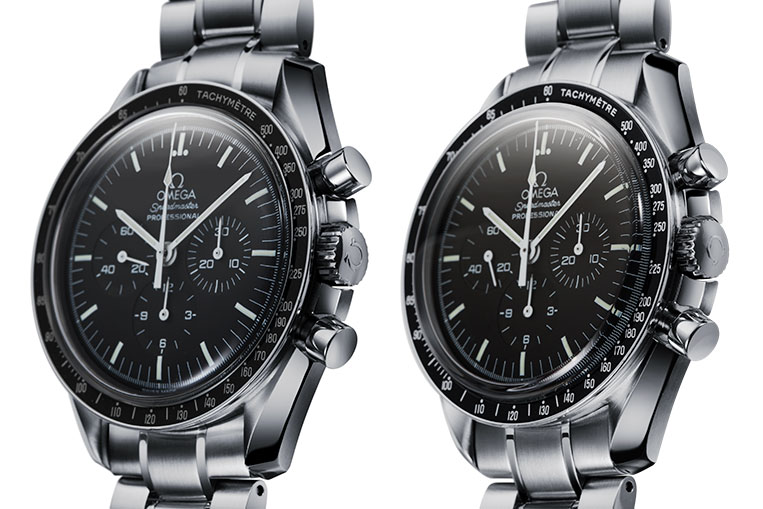 However, we are getting ahead of ourselves. What is the definition of a sapphire crystal?

Sapphire is a variety of the crystalline form of aluminum oxide known as corundum, and it is exactly what it says it is. Corundum comes in a variety of colors and is known as ruby when it is red. Sapphire is any other color. However, the corundum used in watch crystals isn't natural; it's created in a laboratory. This synthetic sapphire, which is also used to make the rubies found in most watch movements, has a hardness that is only surpassed by diamond, as well as a toughness that is ten times that of glass and four times that of acrylic.

We used two test crystals to compare the hardness of acrylic and sapphire: when we scratched the acrylic with a hard, sharp object, it scratched easily, indicating that it has a low hardness. We tried the sapphire in the same way and got nothing. It was perfectly fine. The crystalline latticework is impenetrable. 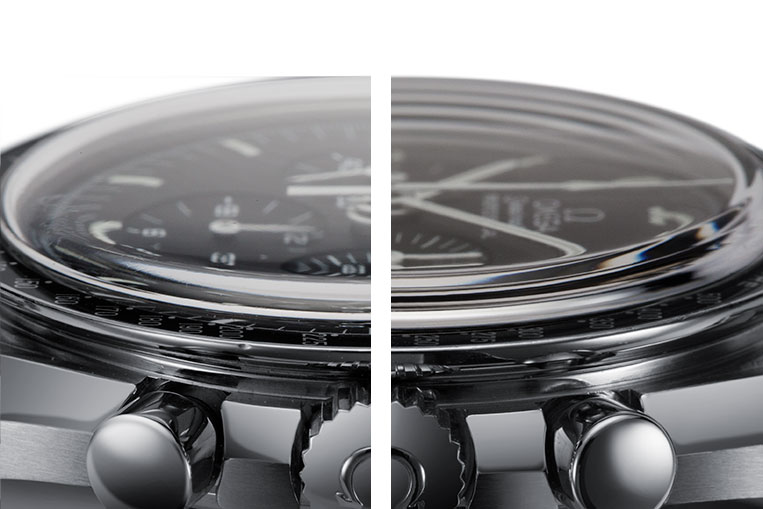 So that's the end of it. You should get a sapphire crystal for your Moonwatch. Is that correct? Perhaps not, because sapphire is not without flaws. Comparing the two Speedmasters, notice how the acrylic is lightly domed, whereas the sapphire has a more rounded, artificial-looking step.

The reason for this is due to the manufacturing process. Synthetic sapphire must be machined and then polished from a solid block, unlike acrylic, which can be easily formed into complex shapes. Because it's so close to diamond on the hardness scale, it's a very difficult and time-consuming process. This is why, like Rolexes, most modern watches have flat sapphire crystals.

The sapphire machining problem is exacerbated by the fact that the acrylic crystal is very thin around the edges, while the sapphire is much thicker. Because this is where the crystal is seated in the case, it does not require the same torsional strength as the face of the crystal; instead, a thin edge provides enough compression strength to preserve structural integrity.

So, when it comes to Hesalite vs. sapphire, it all boils down to personal preference. The acrylic has an authentic vintage feel, similar to what the crew of Apollo 11 wore on their historic trip to the moon, but it will pick up marks. The sapphire, on the other hand, provides enhanced protection against knocks and scratches, but its shape isn't as organic and has that milky ring. There's a reason why Omega, unlike almost every other brand, continues to offer both variants of the same watch, and it's because the choice is yours to make. 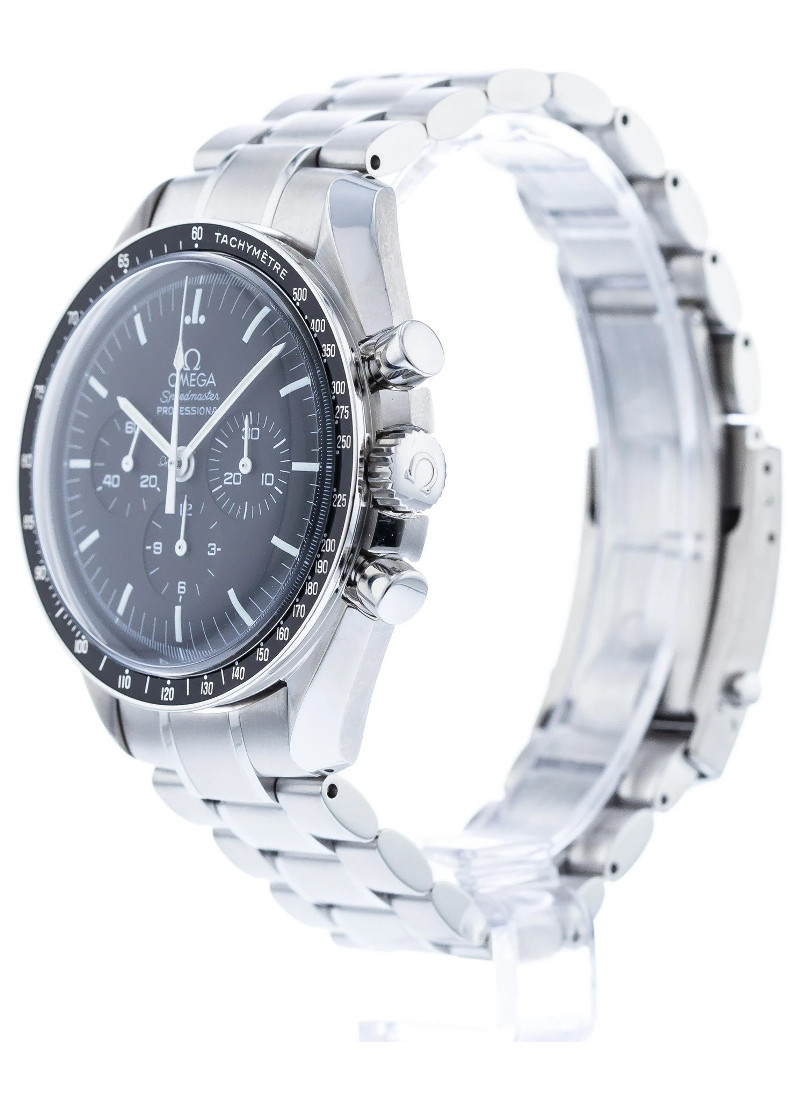