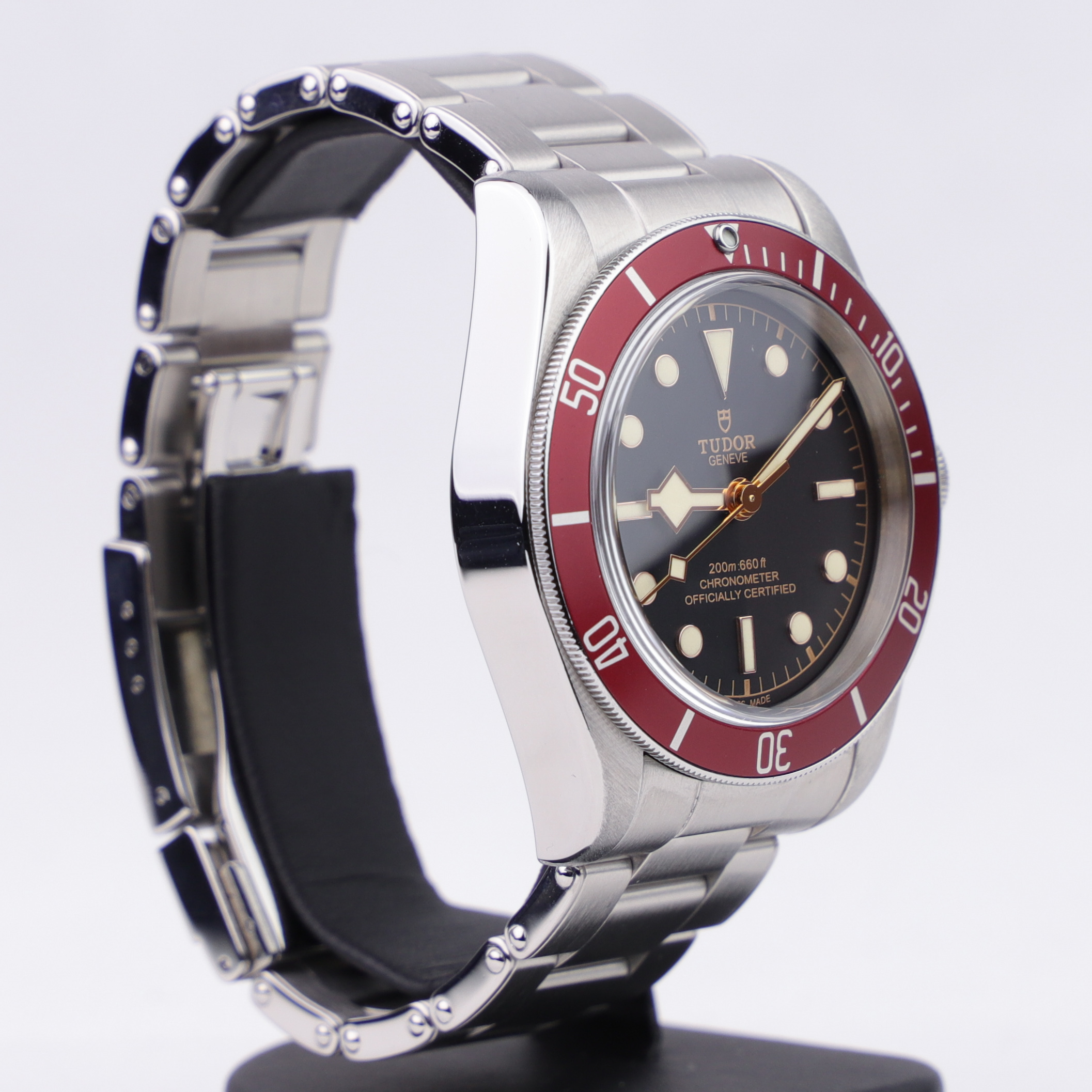 With three new improvements and three brand-new additions to the line (five of which house Tudor's in-house movement), there's now almost enough for every kind of collector. A surprising 36mm dress diver, a stealthy PVD-coated version, and an all-new bronze case and style have dominated most of the Baselworld buzz. The initial three Tudor Heritage Black Bays – Red, Blue, and Black – all get the latest Tudor in-house caliber as well as a few other minor upgrades, making the Tudor Heritage Black Bay the dive watch to own this summer once again. 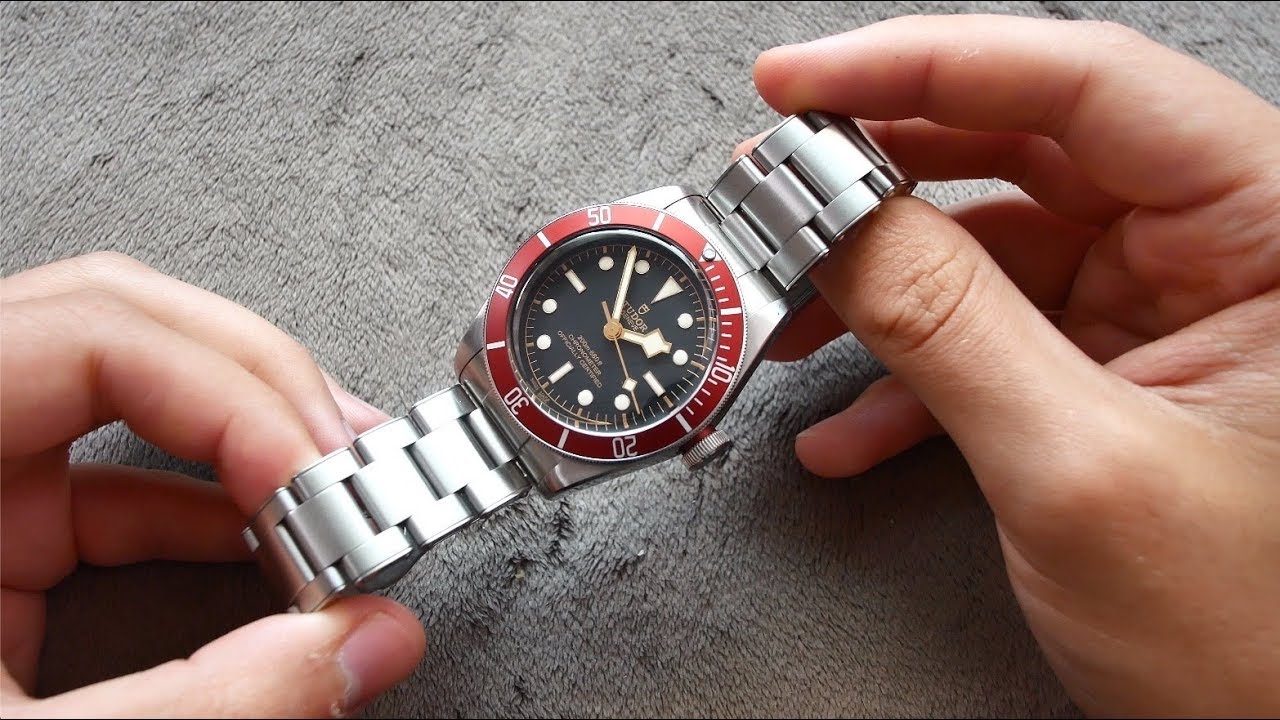 It's a watch that's earned a place in the rotation of an unusually diverse range of collections – as a high-end piece for budget-conscious collectors, and as a classic, daily wearable in the collections of guys who wouldn't bother chasing the super-rare otherwise. What is the reason for this? To begin with, the Tudor Heritage Black Bay comes from a reputable lineage – the 7922, which debuted in 1954. It's also attractive, bright, well-proportioned, detailed, and well-constructed. Tudor has eclipsed the wildly successful retro trend and transformed the Heritage range into an annual clinic on modern watch design thanks to these information. 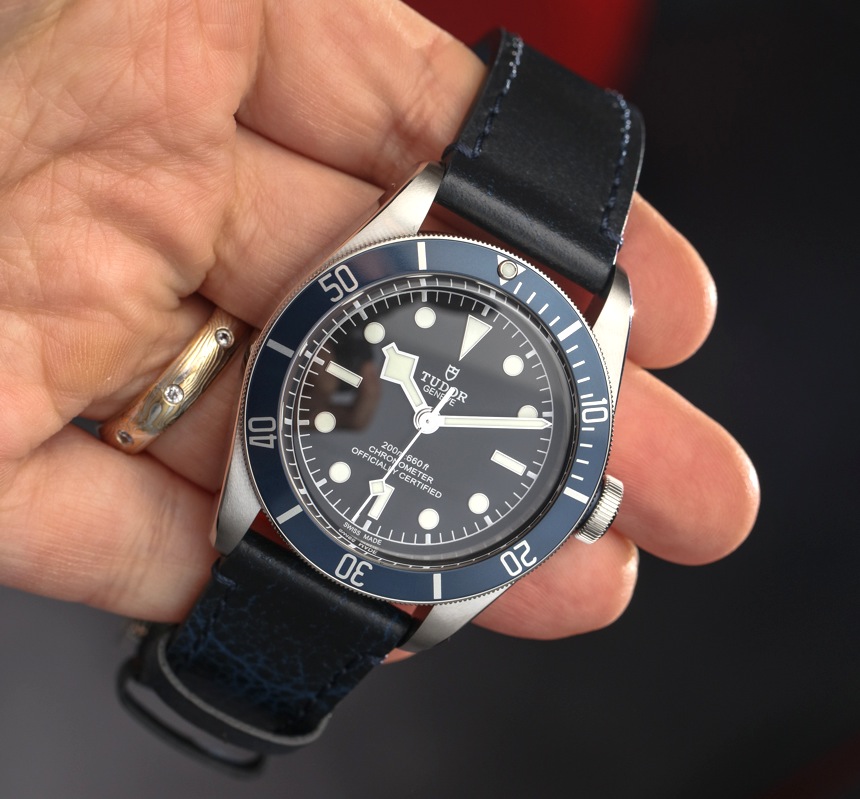 With the exception of the 36mm, the entire Tudor Heritage Black Bay line gets Tudor's in-house MT5602 movement this year, which is a 4Hz (28,000vph), COSC-certified automatic caliber with a bi-directional winding mechanism and about 70 hours of power reserve. The added chronometer accuracy certification and anti-magnetic silicon hairspring are both welcome additions, but most will appreciate the 70-hour reserve the most. You can put the watch down on Friday afternoon and pick it up Monday morning without missing a beat thanks to the latest Tudor movements. 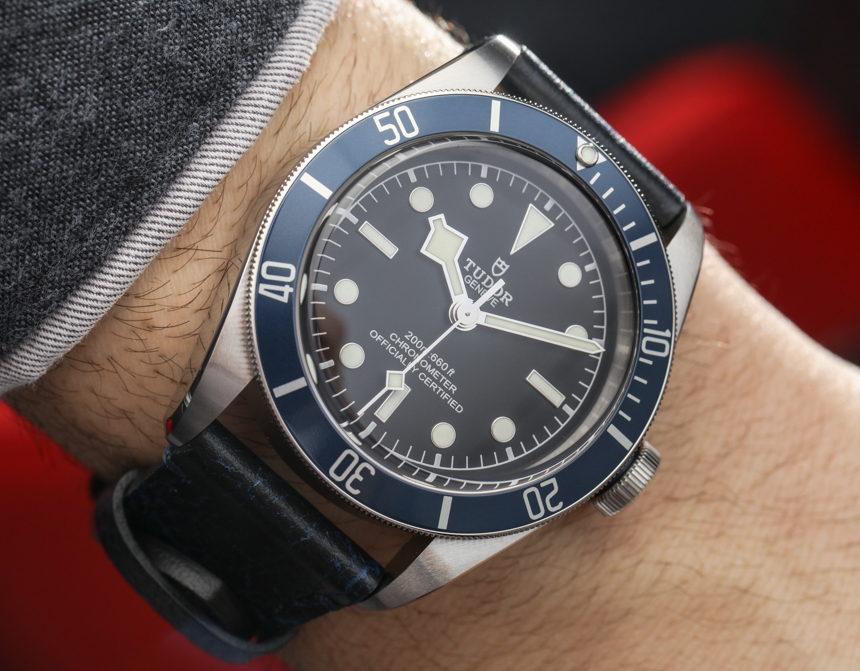 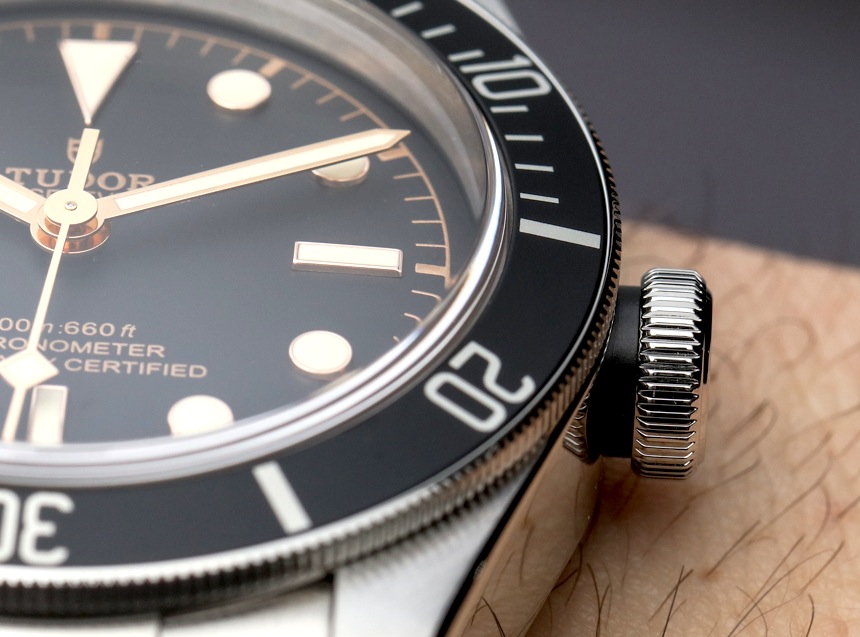 The Tudor Heritage Black Bay's movement update was followed by a few other minor tweaks to the dial layout and presentation. Three straightened lines of text and the Tudor shield have replaced the curved text at 6:00 and the antique rose at 12:00. Both of these features subtly modernize the dial, removing the last vestiges of retro-kitsch and bringing it more in line with a contemporary set of classically influenced dive watches. 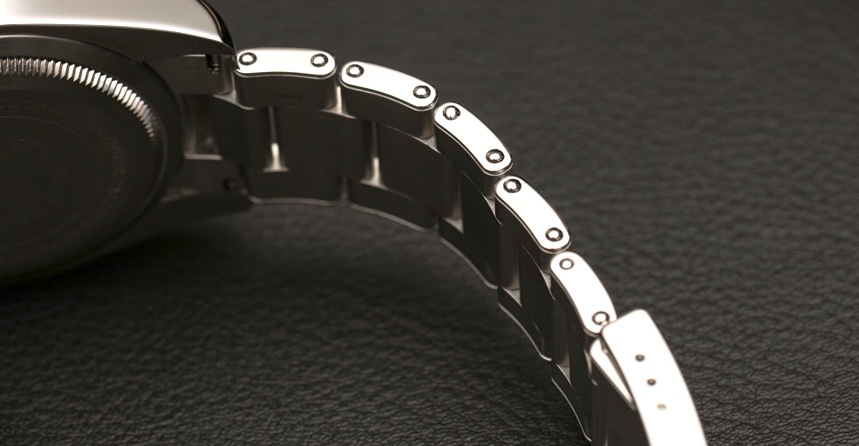 One of the most interesting changes to the Tudor Heritage Black Bay kit is the latest riveted bracelet, which, at first glance, does not seem to be significantly different from the previous model. Nonetheless, it's a nice nod to the revolutionary period of dive watches, when bracelets were built with a stepped construction for comfort and longevity, and kept together by riveted screws, as seen on the Tudor Heritage Black Bay's latest bracelet on the 9:00 case hand. It's a cool touch that doesn't improve the watch's overall efficiency or comfort, but it does demonstrate Tudor's dedication to paying homage to the period that inspired it. 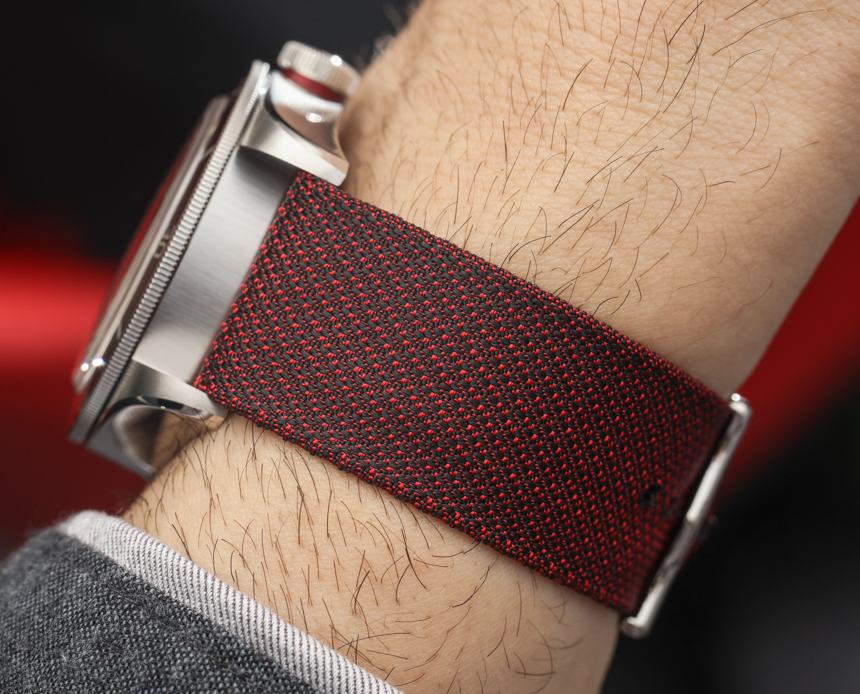 If you don't want the bracelet, you can get the Tudor Heritage Black Bay on a distressed leather strap with a deployant buckle, which is a look that only a few dive watches can pull off, but one that the Tudor Heritage Black Bay's satin-polished case, warm, gilt dial tones, and colorful accents nail. If you don't want to go with leather or steel, Tudor includes an extra fabric band that matches the watch's tone. The fact that each impressively well-made strap is jacquard-woven on looms by a century-old family business in the St-Etienne region of France is obviously a story in and of itself. 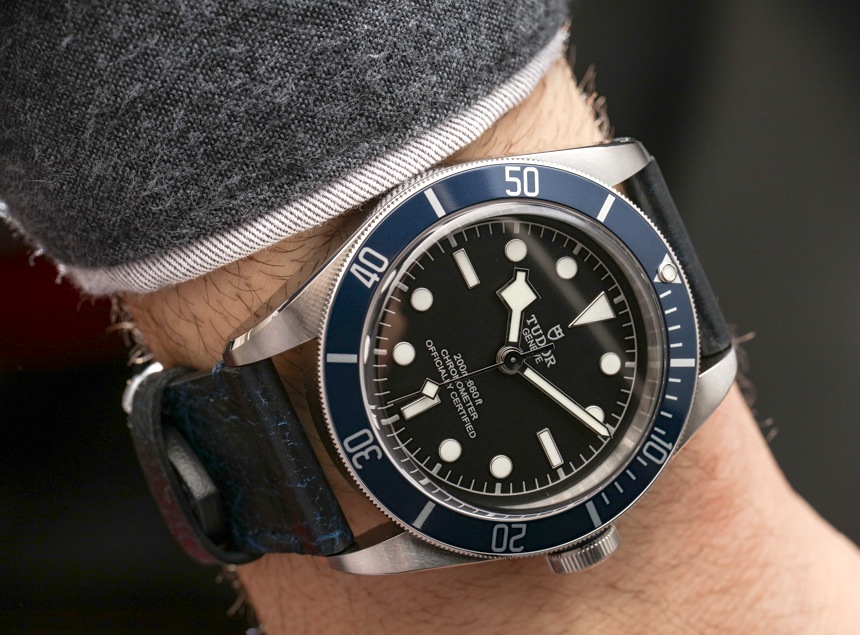 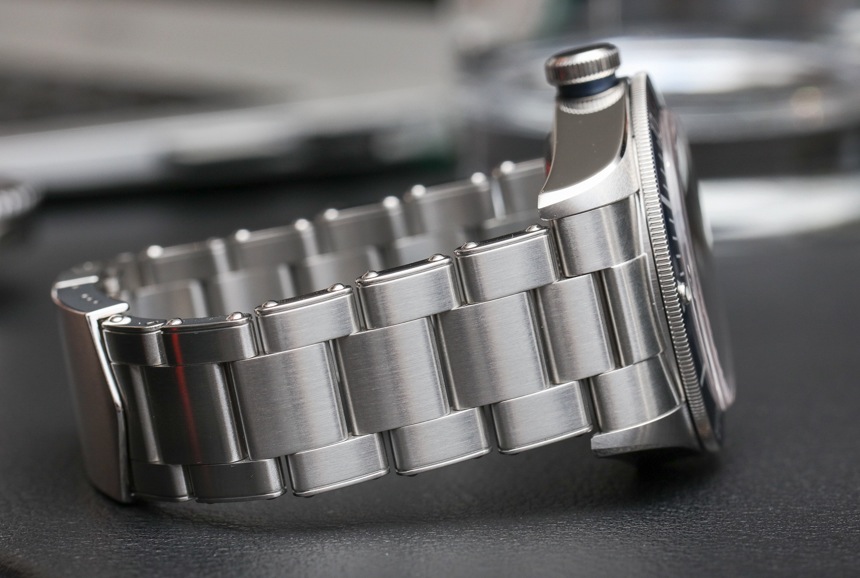 The new Tudor Heritage Black Bay isn't much different from its predecessors in terms of appearance, which is actually a good thing. The 41mm case is probably better suited for a more slender wrist, but it's otherwise well proportioned. However, given its tall 12mm silhouette and long 50mm lug-to-lug length, the watch can appear to be a little wide on some wrists. There's also not much of a taper from the case's 9:00 and 3:00 edges to the lugs, which, while highlighting the vintage-inspired case style, gives the watch a semi-rectangular shape that can take some getting used to. 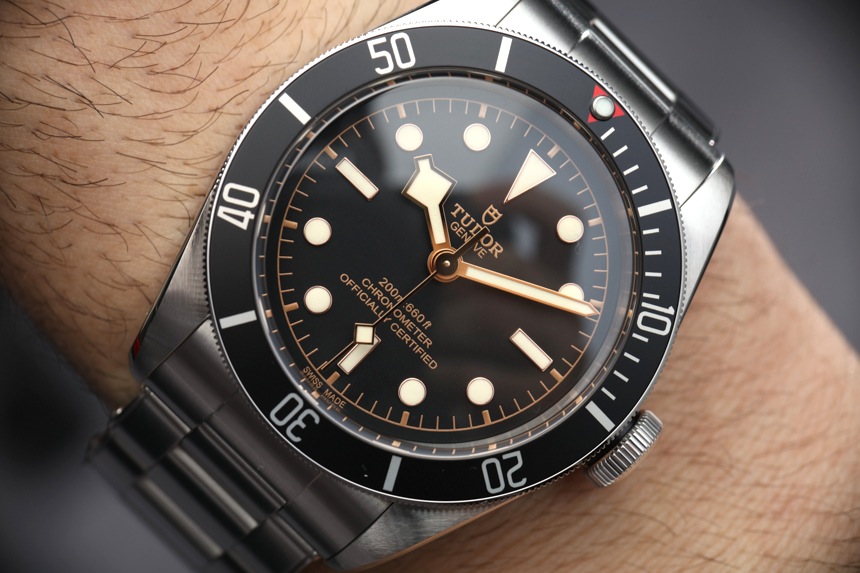 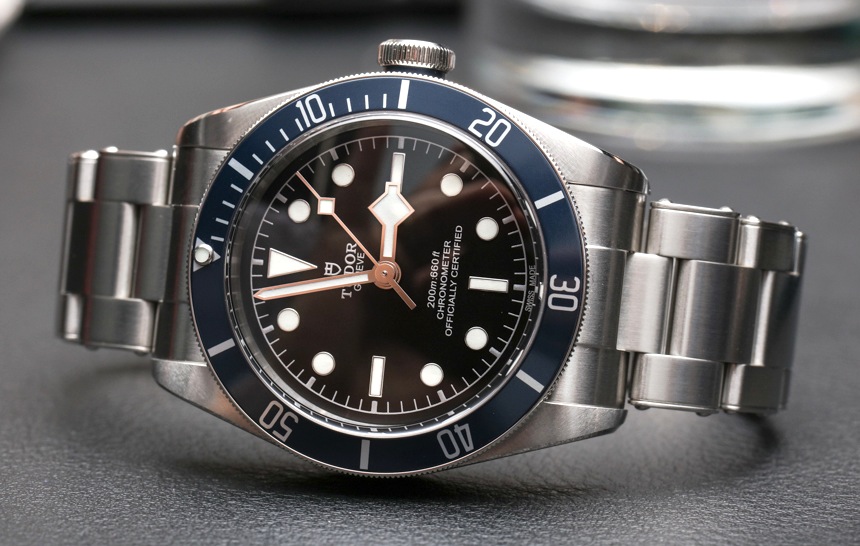