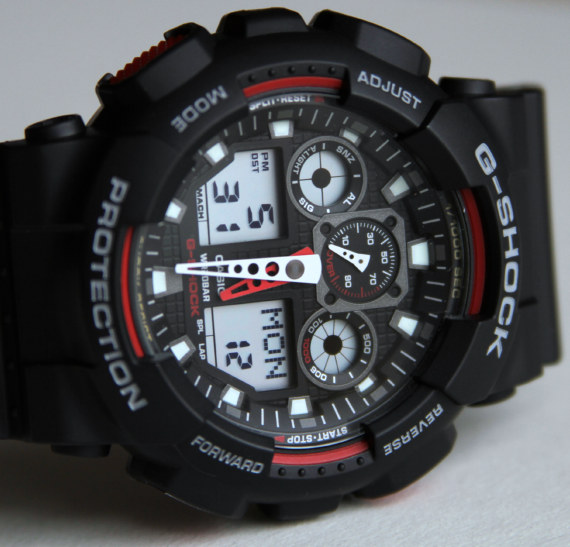 It was almost an overwhelming, colorful adventure of Casiotopia when I visited Casio at their very massive room at Baselworld 2010. The G-Shock section piqued my interest the most because those Japanese designers consistently come up with something stimulating each year that you wouldn’t expect. It was a watch with a surprisingly low price tag this year. Not that every Casio is unaffordable, but given the improvements in Citizen and Seiko’s quality and prices, I expected Casio to follow suit. One of their big 2010 stars, in my view, was a really affordable watch that I believe most people would like. This Casio GA100 X-Large Combi line of timepieces hits a sweet spot catering both to G-Shock fans and people who are often turned off by digital only watches, at just $99 and in a variety of very fun colors. 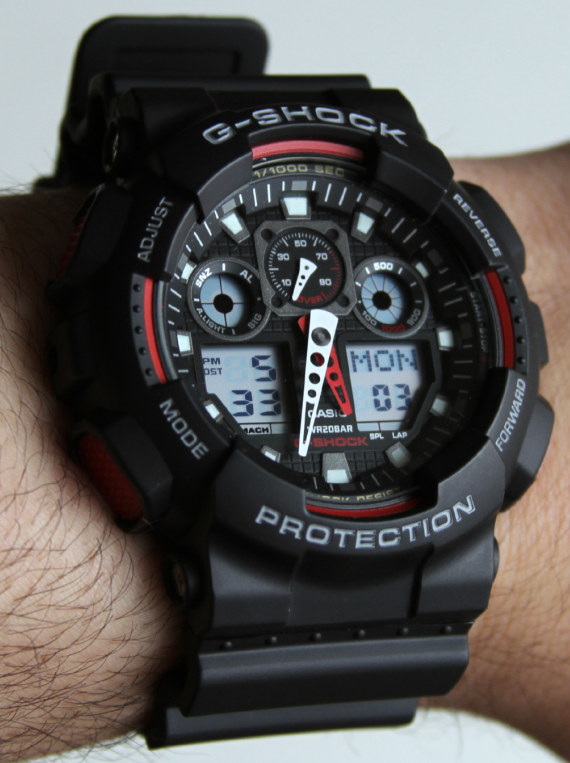 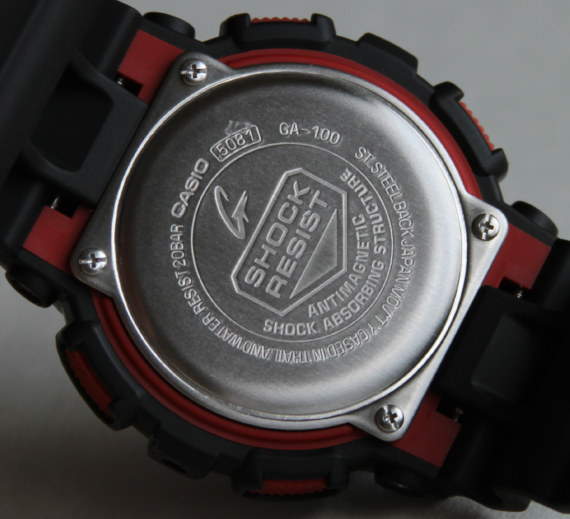 The GA100 (aka GA-100) set is not without flaws, but it is a fantastic watch overall. Because of the wide case and the combination of analog hands and four small LCD displays, Casio calls it the “X-Large Combi.” This combination of both elements has been done before, but it is done here in a very stylish and fun way. Aside from the watch’s hip, industrial theme, it has a few features that aren’t typical of Casio timepieces. The first is the stopwatch (chronograph) feature with a resolution of 1/1000 of a second. I’m not sure when you need such precision, or how dependable your fingers are when it comes to such small time variations. But what I do know is that you have the ability to calculate very small time variations, making this a true gadget watch! 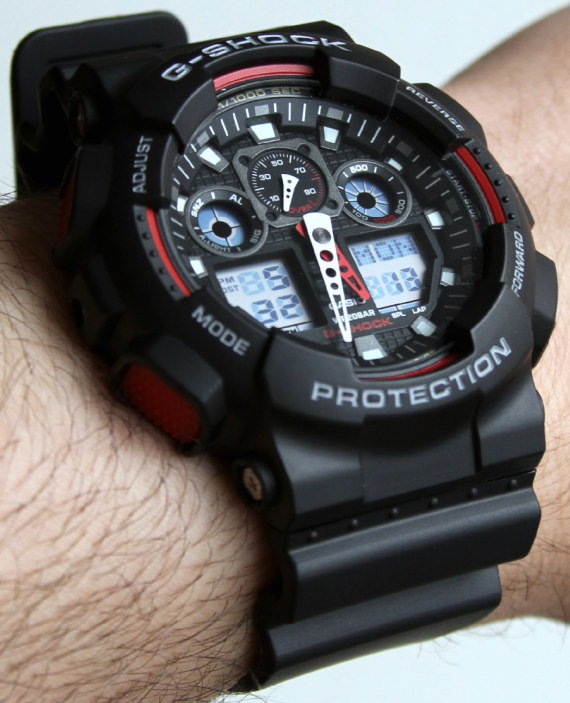 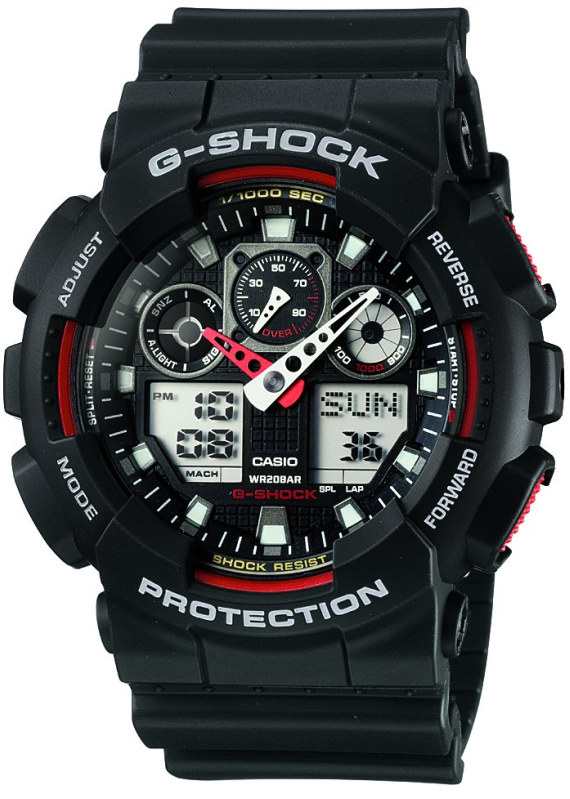 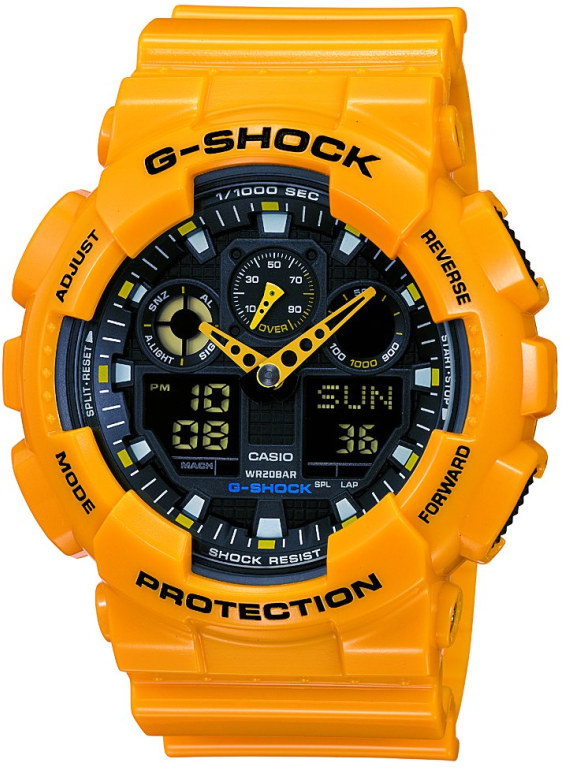 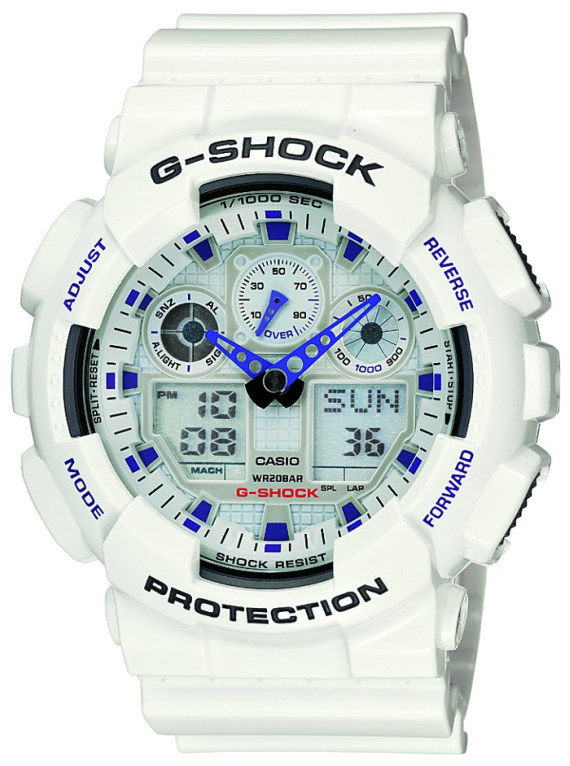